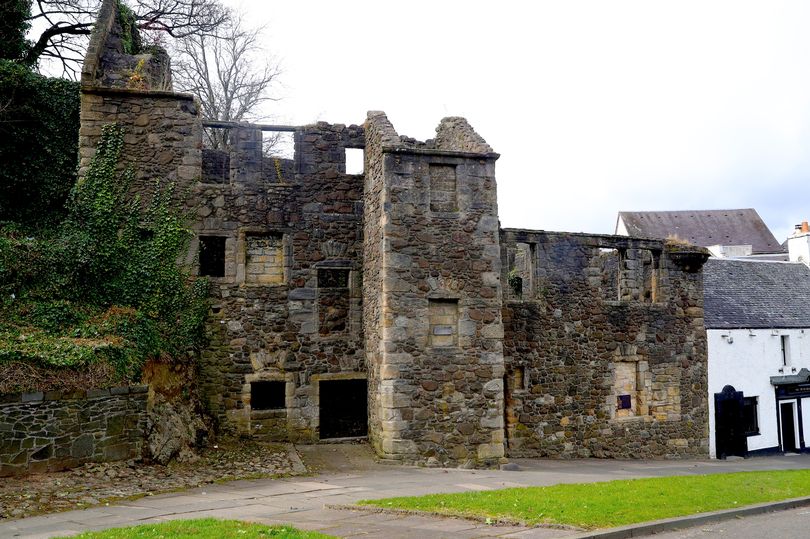 A prominent but overlooked Top of the Town historic building is set for a new lease of life with plans to turn it into a visitor attraction.

A-listed John Cowane’s House in St Mary’s Wynd – once home to the city merchant and benefactor who built the celebrated Cowane’s Hospital – is a priority under the Stirling Council Conservation Area Regeneration Scheme (CARS) which recently received a total of £1.38m from Historic Environment Scotland.

The project for the A-listed building, erected in 1603 with additions made in 1633 and 1697, includes improved access including a ‘multi-purpose’ mezzanine as well as a community garden at the rear.

As well as money from HES the scheme will receive £100,000 from the Trustees of the Cowane’s Trust over the five years of the CARS project which links heritage sites within the city.

Money is also being sought from the Heritage Lottery Fund.

CARS describe John Cowane’s House as ‘one of the last remaining significant historic structures within Stirling Old town for which no “new” life and purpose has yet been identified’ and a building which ‘is of significant historic and architectural interest and offers great potential’.

It continues: ‘Situated on an important route between Stirling Castle and Stirling Old Bridge, it is a building which ought to be an asset to Stirling’s heritage offering for visitors and locals, but which has been locked-up and unused for many decades.

‘The building represents an opportunity to interpret the story of Stirling’s history of trade, the merchant’s classes and their way of life.

It’s restoration as a ruin, with effective interpretation and development of the garden as a feature would add a new dimension to the visitor offering in Stirling by providing a free-entry attraction managed and guided by community volunteers’.

Structural and repair works are planned to stabilise the building and improve access and safety.

CARS added: ‘In addition, the insertion of an elevated multi-purpose mezzanine level will allow the creation of two new “spaces” within the building and facilitate improved access and use of the garden. ‘The garden at the rear will function as a community garden and volunteers will be trained to act as guides to visitors.

‘The project will develop as a community-led heritage regeneration project focused on the house and its garden.

‘Creative lighting of the building’s interior elevations using projection lighting and audio will recreate the historic character of a sixteenth century merchant’s house’.

Stirling Council Provost Christine Simpson, and chairperson of the Cowane’s Trust, said this week: “We are delighted that Stirling is one of four historic communities across Scotland which will benefit from the Conservation Area Regeneration Scheme (CARS) and that the application for restorative works at John Cowane’s House, has been successful.

“This is an important landmark in Stirling and we look forward to improving the access and exploiting its potential for the benefit of both residents and visitors alike.”

Stirling Council has received a total of £1,386,525 for the Stirling CARS scheme from Historic Environment Scotland which builds on work by Stirling City Heritage Fund and the Traditional Buildings Health Check to carry out repairs and improvements to key sites in the city centre.

As well as John Cowane’s House it includes the Alhambra Theatre and Arcade and ten ‘focus buildings’ to be repaired through a small grants scheme.

Walking routes will also be created within the city to improve connections between the commercial and historic centres.

The Cowane’s Trust would like to express their appreciation and thanks to Stirling Council and HES for their grant support with the above project going forward.