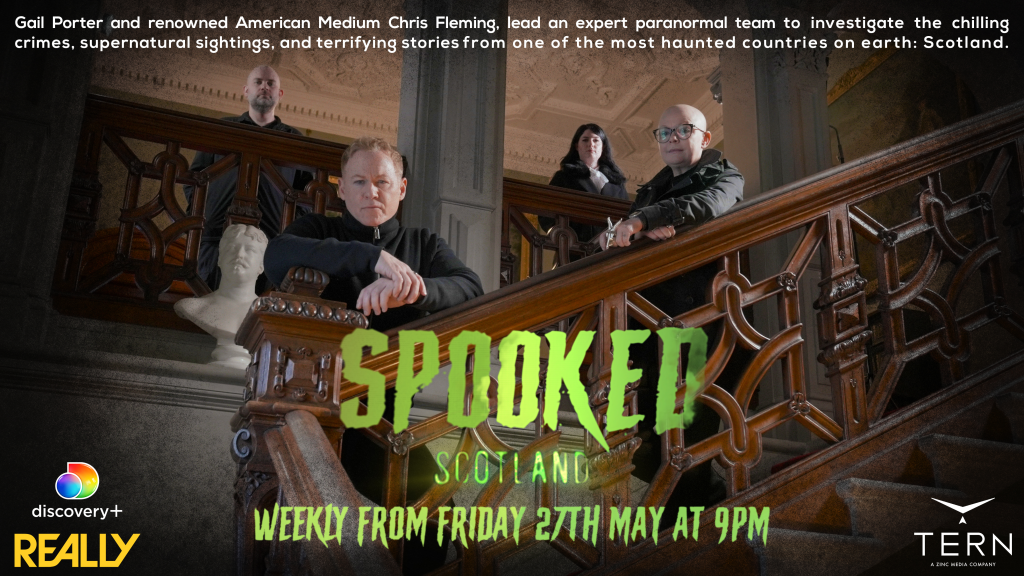 Renowned American medium Chris Fleming has teamed up with Gail Porter for the new show, airing on Discovery Plus from Friday 27th May.

The 10-part chilling series, which will be called Spooked Scotland, will see Porter,51, lead an expert paranormal team to investigate some of the most incredible stories and locations from around Scotland.

Throughout the series, the team will explore some of the country’s spookiest locations and have exclusive access to places that have never let a film crew past its doors previously, including the Cowane’s Hospital Building situated in the Old Town, Stirling.

Tern TV, the producers of the series, stated that each episode will see the team try to make contact with the spirits to explain the paranormal mysteries that have haunted Scotland’s most iconic landmarks for centuries.

The team added: “Equipped with the latest specialist paranormal technology they’ll come face to face with long-dead tortured souls who are still plaguing the living and find out why?”

Locations that will feature in the show include the infamously haunted Brodick Castle on the Isle of Arran, the historic town of Culross where one of Europe’s worst witch hunts took place and the site of a notorious massacre in Glencoe in the Highlands.

Cowane’s Hospital Building will feature in episode 3 – ‘Stirling Old Town Jail’ in which Trust staff member, Nicola Cowie, is interviewed as part of the programme.

Nicola commented ‘‘The experience of meeting and working with the team was amazing. What we heard in terms of paranormal activity will be revealed during the programme and I can’t wait!’’.

The series is set to premiere on Really and the streaming services, Discovery+ on May 27. The programmes will be broadcast in the following order: